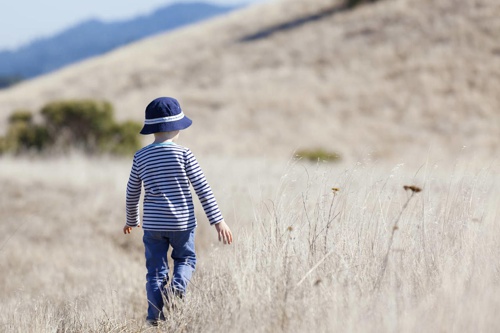 A 10-year analysis found that disabilities among American kids are on the rise, especially mental and developmental issues, according to The Associated Press. In 2012, 8 percent of American children were reported to have disabilities, compared to 7 percent in 2000.

There’s a gap, too, when it comes to wealth. Wealthier families have seen a rise in these issues, while “disadvantaged kids still bear a disproportionate burden,” the AP reported. The study found 10 percent of kids stuck in poverty had disabilities, while 6 percent of wealthier kids were impacted.

“The increases may partly reflect more awareness and recognition that conditions, including autism, require a specific diagnosis to receive special services, the researchers said,” according to the AP.

What disabilities are kids diagnosed with in today’s America? Here are 10 learning disabilities that American children are facing today:

In America, one in 68 kids has autism, according to the Centers for Disease Control and Prevention. Most kids are diagnosed with autism between 2 and 6 months old, studies have found, and it tends to impact boys more than girls. But some potential signs of autism are sometimes hidden in plain sight.

Kids who are unfocused and lack undivided attention skills are sometimes diagnosed with ADHD, according to the National Institute of Mental Health. In fact, 9 percent of Americans kids between the ages of 13 and 18 suffer from ADHD, with 4.1 percent of American adults having been affected by the disability, too, NIH reported. Symptoms include failing to pay attention and becoming bored in tasks.

Cerebral palsy occurs when the brain's development is slowed or damaged and a person can no longer function well physically, according to WebMD. It usually develops in kids when they are 2 or 3 years old, and affects more than 10,000 infants every year, WebMD reported.

The National Down Syndrome Society reported that Down syndrome affects one in every 691 kids (about 6,000) every year, with 400,000 Americans overall having the disability. It occurs when parents pass on an extra copy of chromosome 21, leading to extra material in the brain, according to the society. Down syndrome usually leads to some physical issues, like having a smaller stature and slanted eyes. But what happens to Down syndrome kids from a mental syndrome differs from kid to kid, the society said.

Across the world, 65 million people have been diagnosed with epilepsy, including 2 million in the United States, according to the Epilepsy Foundation. Epilepsy is a brain development disability that causes people to have seizures. A common way to spot epilepsy is if someone has two or more seizures within a 24-hour period, according to the Epilepsy Foundation.

According to the Spina Bifida Association, spina bifida is one of the most common disabilities for children in the United States as eight babies every day are born with the split-spine disability. This requires kids to use wheelchairs, crutches or even braces to move around.

Dyslexia is an issue that causes kids and adults to have trouble processing language, according to the National Center for Learning Disabilities. About 15 percent of Americans have trouble with reading, which may be associated with the disability, the center reported. The disease can impact how a kid reads and writes in school, thus making it a major issue for parents across America.

Much like dyslexia, dyscalculia is a learning disability that is connected to reading — only it deals with math problems, according to the NCLD. Those with dyscalculia — about 6 percent of the population — have a tough time stringing together the equations that they see on paper. This leads to trouble solving mathematic problems or sitting through math classes, even if they perform well in other subjects.

This is a broad term to describe those who may have some mental limitations in what they can learn and understand. According to the National Dissemination Center for Children with Disabilities, intellectual disabilities can impact the way kids think, talk and walk. Some with intellectual disabilities can eventually learn things like other kids, but it takes more time and effort to try to understand everything they learn.

Depression is something that impacts more than 50 percent of adults, and it can also have an impact on kids. Psychology expert Michael Watson cited a case study that found people can be less productive in school or work if they have depression. One way to combat depression, Watson said, is to have people around to support them.